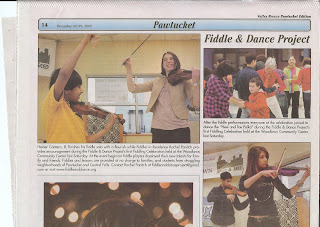 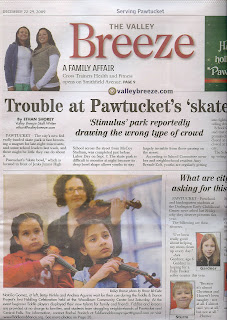 Posted by RI Fiddle Project at 9:42 AM No comments:

If you can, pick up a Pawtucket copy of The Valley Breeze, week of December 22-29.
A color photo of our Fiddling Celebration is on the front page, with five more great photos on page 14! Scans to follow...
Posted by RI Fiddle Project at 9:36 AM No comments:

of yesterday's Fiddling Celebration was the moment at 1:30 PM when I was together with all the fiddlers for our rehearsal, standing in a circle with our instruments in "rest position". We went around the circle saying our names and our favorite bow games. Even though many of the fiddlers had never met, they had a lot in common through this shared body of knowledge.

I look forward to a time when students' experience of the fiddling community can start here, at the community center, and extend as far out geographically as there are fiddlers and dances.

We were lucky enough to have some experienced photographers doing their thing yesterday, so in a few days we'll be able to share what they captured.
Posted by RI Fiddle Project at 1:24 PM No comments:

Yes, there's plenty of snow on the way, but we're going to get in as much of our Fiddling Celebration as possible before that happens! See you at 3!
Posted by RI Fiddle Project at 12:10 PM No comments:

Here's all the info for today on the Live Pawtucket blog: 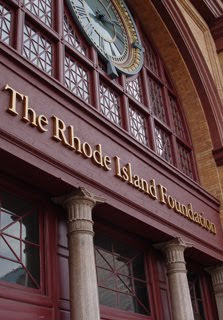 Rachel has been accepted into the 2010 Nonprofit Emerging Leaders Mentor Program at the Rhode Island Foundation...


I'll be working closely with a mentor in the Rhode Island nonprofit sector as well as meeting regularly with a peer group of mentees and attending workshops. I'm really excited about this opportunity, both personally, and for the ways Fiddle & Dance Project and Community MusicWorks may both benefit from what I learn.
Posted by RI Fiddle Project at 9:41 AM No comments:

Saturday, December 19th at 3 PM will when Fiddle & Dance Project's first student performances begin.
The fiddling & dance celebration begins with student performances of Cluck Old Hen, Bile dem Cabbage Down, Cripple Creek & more...then it'll be time for audience participation.
Around 3:45, the event will evolve into a Community Dance and around 4:30, conclude with a potluck! Hope you can join us. 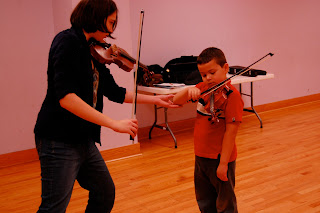 Posted by RI Fiddle Project at 10:57 AM No comments:

Here's a short clip from the fourth annual Fiddle Hell (that's really what it's called!), a free gathering put on by fiddler Dave Reiner in Westford, Mass a few weekends ago. You may ask, "why do they call it that?" Well, if I had stayed for more than a few hours, I think I would have had a better sense of it: just fiddlers, lots of rooms going simultaneously...that's a lot of E strings! But it was great for the time I was there. Dave Reiner led a really thoughtful, descriptive workshop on back-up playing, and when I first walked in, David Kaynor was leading everyone in Soldier's Joy, as you hear in this video. The only reason he's shouting "3 more times" instead of "12 more times" at this moment is that he only has 3 minutes left of workshop time! David has been one of my fiddle mentors since I met him in 2002 and I've realized that a lot of what I love about fiddling comes from his attitude: fiddlers of any experience level can have fun (if they allow themselves to) by playing the same old tune at least 12 more times together over the course of many years.

Posted by RI Fiddle Project at 8:38 AM No comments: